OMG. The minority gun enthusiasts are in a tail spin because President Obama is making small steps towards safety from guns.

“WASHINGTON — President Obama will announce executive actions on Tuesday intended to expand background checks for some firearm purchases and step up federal enforcement of the nation’s gun laws, White House officials said Monday, once again trying to sidestep a gridlocked Congress on a politically divisive issue.

But faced with clear legal limitations on his authority, Mr. Obama will take modest steps that stop well short of the kind of large-scale changes to the gun trade that he unsuccessfully sought from Congress three years ago. That legislation would have closed loopholes that allow millions of guns to be sold without background checks at gun shows or in online firearm exchanges.

Instead, Mr. Obama will clarify that existing laws require anyone making a living by selling guns to register as a licensed gun dealer and conduct background checks. White House officials said the president would note that criminal penalties already exist for violating those laws.”

They spent months determining first steps. And first words out of Republican Presidential candidates “the first thing I’ll do is reverse every Obama executive action”. Doesn’t matter if they’re good, bad, or indifferent.

I am so sad the color of his skin has brought the slimey worst of our society above ground.

Facebook is a treasure trove of ideas and information. Today there was a post from “Organizing Made Fun”. They asked

If you could organize anything in the new year what would it be.

How about Congress. Out with the old and tattered, In with the new and hopeful.

Politics as usual is very frustrating.  I think people need hope for the future and too many of the long term Congresspeople are playing destructive games, are obviously corrupt, and in general killing the spirit of the people they are supposed to represent. If we had term limits maybe they wouldn’t waste their opportunity. 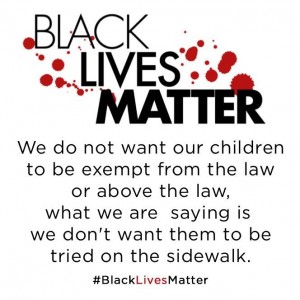 This is an important time in our political history. We need to be aware, as a society, that a deadly form of racism exists. As a civilized people we have an obligation to find solutions. No one is saying “only” black lives matter, they are exposing injustice.

It doesn’t matter if people have deep seated prejudice, we need another couple hundred years to get past that, but we all have the ability to keep our prejudices in check. It certainly shouldn’t be acceptable to act on those prejudices in our justice system.